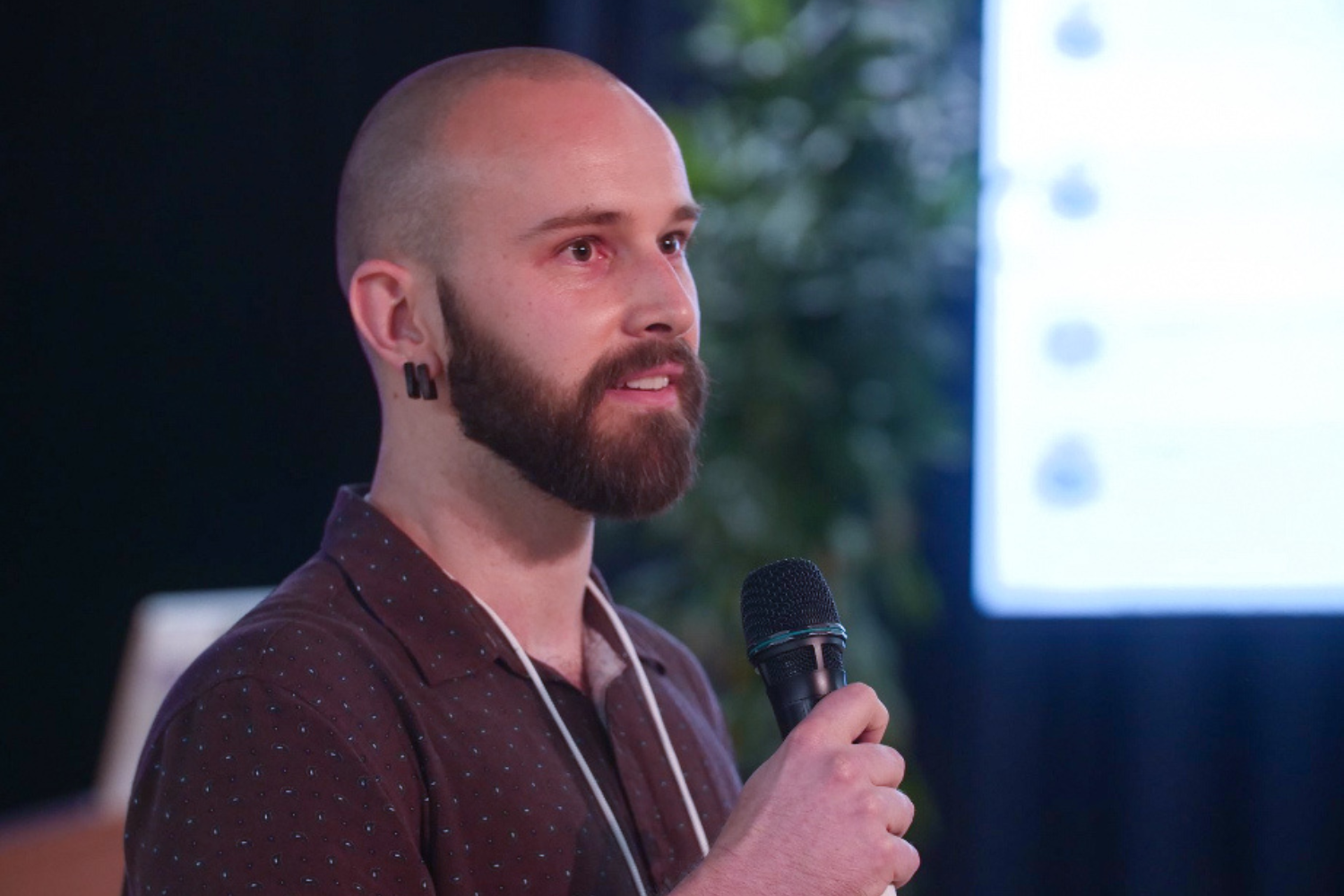 Something that is very important to us at Hunt & Co. is sharing the career stories and journeys of the life-changing connections our team make every day. After all, no two career paths are ever the same. Welcome to another Hunt & Co.’s #LifeChangingConnections feature with Junior Iteration Manager, James Hicks.

James Hick’s career journey is one of our favourites! James started his career in warehousing and logistics before doing a 180, quitting his job and enrolling in Coder Academy to become a Developer. A couple of years later, after his time at Orange Sky wrapped up, he landed a role as a Front End Developer at Next World Enterprises with the help of Hunt & Co’s Principal Consultant, Carly Shearman and the rest is history!

Fast forward to early 2022, James had successfully delivered the project he was working on and realised he was ready for the next challenge. James resigned from his role and after taking a quick break to reset, focused on his new target – finding a role that would allow him to interact with people and pair his two passions: technical delivery and bringing a product to life and working with people to achieve those outcomes.

James had really cut his teeth in the industry as a Software Developer having worked at incredible organisations like Neto (now Maropost), Orange Sky and Next World Enterprises. But as his expertise developed and he was fleshing out what he really enjoyed in his role as a Software Engineer he found his heart wasn’t necessarily on being on the tools as much anymore as it was playing a core function in building products that people loved. Carly and James got chatting about why development wasn’t fully satisfying him and what that next step could look like for him. After some workshopping, they landed on Iteration Management. It’d keep him close to the tools, codebase and developers that he loved but really allow him to shine by working with people to ensure the road to delivery was smooth and he could facilitate removing those roadblocks along the way for the teams he served.

After being put forward to multiple great tech startups and scaleups that would align with his career goals, James was locked into several interviews where he was able to assess his options and learn more about the organisations that he was interviewing for. After only a few days, James received multiple offers of which he accepted the role of Junior Iteration Manager at CitrusAd, Australia’s favourite adtech scaleup! Overall, the recruitment process from career workshopping with James to a signed contract took less than 14 days!

We were thrilled to chat with James about his experience with Hunt & Co., Coder Academy and his advice for others considering a career pivot into tech.

Tell us James, what drew you to pivot into tech?

Tech always interested me from a nerdy gamer kinda angle, so when researching what career change I wanted, I gravitated towards it quite naturally. I realised that it would be a place where I could be constantly learning, and contribute to projects that make a positive impact on the world.

Amazing. I’d heard from the testimonials that it really was possible to change careers in such a short time, but it still seemed too good to be true at first. Obviously, it worked for me, it’s changed my life for the good and I’ve made some great friends through it – though it was not a walk in the park. I’m glad that I had prepared myself to be all-in for those 6-7 months because that was what it took. I said ‘no’ to anything that wasn’t either working towards getting into the career or taking a rest to ensure I could keep up with the workload.

For people considering a career pivot, what advice would you have for them?

If you’re considering a pivot, it probably means you’re not satisfied with what you’re currently doing. If you can identify what is missing, then you should be able to find something that will fill the gap. But at some point you just have to jump and go all-in. Might as well do it, you can always fall back to your old gig. (Unless you rage quit… probably don’t do that).

Tell us, how did you end up in your current role?

I knew in the back of my mind that I’d like to move into some sort of management role down the track, though having only been a developer for a few years I didn’t think it was on the cards. After discussing this with Carly from Hunt & Co., we thought it might be worth a shot to go for a junior role in management if it will fast-track my career again. CitrusAd was kind enough to give me the opportunity off the back of my development experience and soft skills.

How did you enjoy your experience overall working with Hunt & Co?

It’s been great working with Carly, she helped with my past 2 roles and it’s been cruisy! It helps to find a recruiter you get along with to allow open discussion so you can push the limits!

We are there to serve you by providing guidance, encouragement and clear up any blockers – we are not ‘your boss’ that dictates your every move. In short, we work for you, not vice-versa.

Make sure your role is always helping you grow – if you’re not growing, you’re slowing.

If you know your why, you can endure any how. E.g Why are you changing roles? Why are you applying at x company? How can you secure the new role? [Nietzsche quote wha-what?!]

What’s your most recommended technology resource?

Honestly, YouTube. There are so many free courses, lectures and conference presentations available it’s insane. Beware the rabbit hole.

Thanks so much to James Hicks for chatting with us and sharing your advice. Want to see what James gets up to in his role? Connect with James Hicks on LinkedIn.